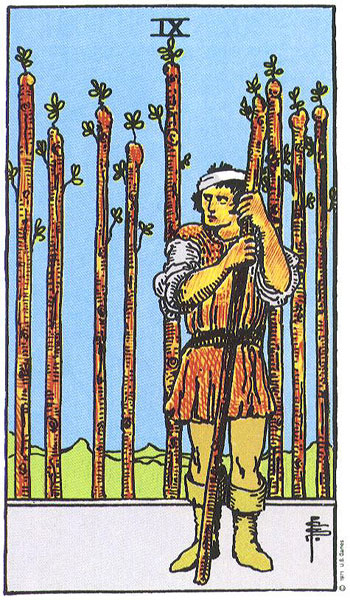 This card reminds me of Cool Hand Luke when he is in the fight but keeps getting back up. It has the essence of the zen quote: ‘Fall down seven times, stand up eight.’ It encourages perseverance in the midst of struggle. It also reminds me of a Beckett quote: ‘Ever tried. Ever Failed. Nevermind. Try again. Fail better.’

Birthday today? Your birth card is Nine of Clubs.
Click on the card to the left to learn more about your birth card.